The economy and horses are two things that many don’t expect to go together. In fact, when I talk to investors and venture capitalists about the massive impact the horse industry has on the economy I am usually met with disbelief and denial. Their astonishment grows when I tell them that in the USA alone, the horse industry has a greater economic impact than the film industry. Yes, really! Reality sets in when I explain that this “niche” interest encompasses 30.5% of American households. To be more specific, 38 million American households contain at least 1 horse enthusiast and the horse industry itself employs almost 2 million people in the USA.[1] This bodes well for the future of the horse industry and certainly piques the interest of the naysayers!

The role of horses in the US economy can be traced back generations and their impact continues now. Although horses still perform traditional chores on American ranches and farms and transport people in Amish communities, their current economic impact can mostly be seen through their sporting, recreational or therapeutic purposes. No other domesticated livestock has bridged the gap from a production-based to a consumer-based role in the economy. This success, due in no small part to how horses tug at the human heart, has made the horse industry an enduring force in the U.S. economy almost a century after its utilitarian roles became mostly obsolete.

This impact translates across economies, with an estimated 60 million horses around the world[2]. Nearly 1 million of which reside in the UK alone and over 374,000 households in the country own at least 1 horse, in addition 27 million people in Britain have an interest in the equestrian industry. [3]Direct annual spending on goods and services within the equestrian industry is approximately USD $6.3 billion[4]. Within this, riding lessons and coaching makes up about $640 million annually, making the equine industry the second largest employer in the rural sector after agriculture in the UK. In Australia, the horse industry contributes only 14% less than the massive livestock industry. In the Middle East, UAE is home to some of the best equestrian clubs in the world, all of which have witnessed exponential growth, global appreciation and popularity with an average annual direct spend of more than USD $100 million. These figures are staggering for something so casually described as a “hobby”.

Arguably however, the most captivating characteristic of this massive industry that spans every corner of the globe is the sheer breadth and diversity within it. There are more than 500 breeds of horses and over 120 different disciplines including dressage, show jumping, horseback archery and polo. Not to mention, an eclectic array of horse festivals dating back thousands of years in various communities all celebrating the vast roles and relationships people have with horses. As well as festivals there are many cultural and sporting events that celebrate the capabilities of this wonderful animal. This diverse world within the horse industry means that there is an event or festival that can appeal to everyone. With so many events taking place throughout the year, it is incomparable and undeniable the immense positive impact this can have on our global economy. Not to mention, the unlocked potential of the millions of horse facilities in every country.

For example, the National Horse Fair that takes place each year in Golegã, Portugal is just one such event that captivates an entire country whilst attracting thousands of horse lovers from all over the world. For the first two weeks in November, the quaint unassuming town of Golegã is transformed into an international horse hub. The history of this festival can be traced back to the early 18th century and originated to promote trade in the Golegã region. Since then, the festival has evolved and today, horse fans from every corner of the world descend on the small town to marvel at Portugal’s charming Lusitano horse and many top breeders bring horses for competition and for sale.

Golegã is only one example of the massive impact that our beloved horse can have on entire communities, countries and economies. Events like this happen every month in each country. All attract horse lovers old and new and celebrate the history associated with these countries’ cultures. Whether it is the exhilarating flat races of thoroughbreds in Kentucky, Grand Prix dressage in Olympia, London or riding at the footsteps of the Great Pyramids of Egypt, there are incredible pockets of communities that thrive around the horse. Cavago wants to shine a light on these festivals and the horse facilities that take part in them.

According to the American Horse Council Economic Impact Study, Americans typically spend $27 billion annually in travel associated with horses. [5]Beyond the numbers, the world of horses is viscerally real, authentic and abundantly rich. The impact of the horse industry in today’s economy is like a giant hiding in plain sight. It is truly fascinating to consider the immense influence that a “hobby” can have on our global economy. Horse enthusiasts all over the world are a hidden catalyst for huge travel trends and economic growth. They are so hidden in fact, that even many horse facility owners tend to be humbly unaware of their true value. Cavago’s objective is to help them unlock their potential and stop them underselling themselves in this booming industry!

Cavago aims to showcase these communities and cultures that surround the horse by bringing these events and opportunities closer to the people they matter the most to. Cavago is a worldwide network of horse lovers, all linked by their adoration for one beautiful animal. Through our platform we successfully highlight the diversity and inclusivity that the horse world offers and reveal the immense positive impact the hidden horse world can have on entire economies and countries.

[2] Food and Agriculture Organization of the United States, 2014 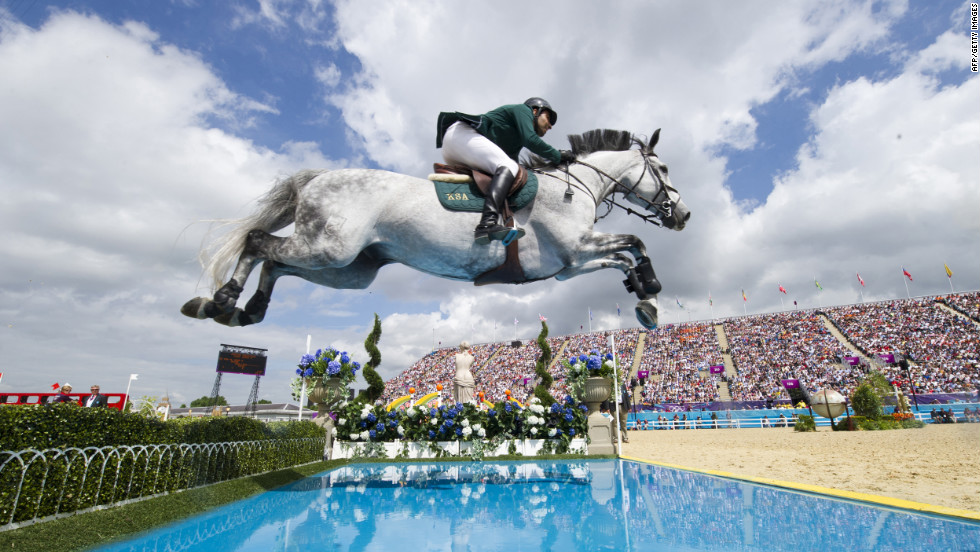 Show Jumping has long been a favorite for equestrians as riders and horses race to have the fastest time jumping over 12-15 jumps in an arena. Jumping requires...